Well with VR you can put your head wherever you want but how does this set of limitless possibilities reflect on the role of DoP? And with everything in shot, do you need a DoP at all? Surely our role as DoP is to take an extract from the construct in front of us that best suits the need of the story? I always love seeing the detritus of the set that is needed to create an environment – rain bars, lamp stands, fans, props people, boom mics…. And then looking at the manicured end frame which appears set in a life-like real world.

This was a promo for a BBC Christmas trail

BBC Christmas trail. Behind the Scenes 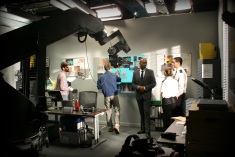 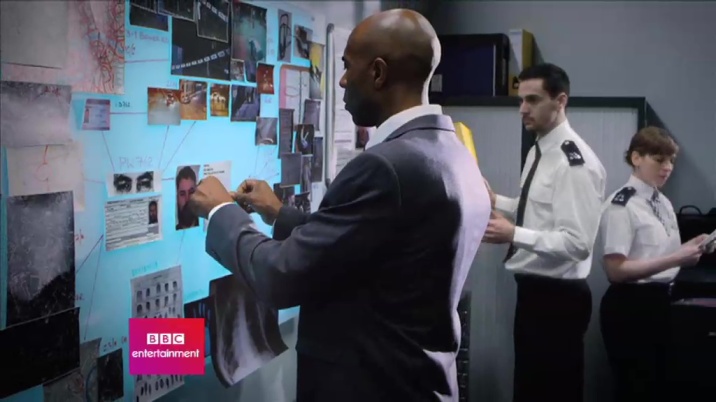 From the motion control rig

But VR is much more akin to documentary in the sense that we need to show the whole space, to let things appear to happen in an unrestricted way. We want people to be able to explore that space as they choose, no lines of action to cross, no lens choices to consider, no T stop to match, no geography to establish… so why use a DoP? I did find myself pondering this very question during prep on my last VR shoot and you’ll be pleased to hear that I found an answer, more of which later.

By linking VR to documentary and stripping out many of the choices that us DoPs need to make it is tempting to think that VR has no rules, this I have to tell you is a long way from the truth. There are lots of rules it’s just that they are constantly changing. VR is so new a form that it is developing phenomenally quickly and the rules of acceptable practice change at the same pace. I remember on my first VR shoot saying to the director, Chris Vincze, “You’ve done more VR than me so if it looks like I’m doing something stupid do tell me, I don’t really know what I’m doing!”, to my great relief he laughed and said “It’s VR, nobody knows what they are doing, we do it and hope that it works!” This was 18mths ago, at the time of writing, and things are different now, we know a lot more about what we are doing but the original rules of a) don’t move the camera as the audience will feel sick, b) you must use the whole 360 degrees and c) don’t allow the action to come closer to 1.5m to the camera rig are all seen as things you should break if the viewing experience is to be interesting.

Monitoring is always difficult. We used an ipad monitor/playback system for this shoot

This is a great stabilised remote dolly for extended tracking shots

The first time I really started thinking about what my role was in these films was when we were shooting a large scale VR experience for o2 music venues. The director was again the very talented Chris Vincze and the production company was Happy Finish. Chris knows a lot about VR, Happy Finish are one of the market leaders in VR with a highly experienced internal team, what could I add? I think it was unusual for Happy Finish to have an external DoP come in, a request by Chris, but by the end I do believe that we all benefited from the experience. What Chris and myself brought to the project was our experience of TV commercials, the quality of image and detail that is expected at this level. The internal VR Dop’s, Elliot and Jamie were really great at understanding the technology, how that would translate to the final VR world, how to solve stitch line problems but they did not have so much experience in creating environments with the tools that we use in drama and commercials. We broke many rules on that shoot including using haze, heavy smoke, intentional flaring and long twisty camera moves.

We lit the spaces to deliberately include light and shade, brand colours and atmosphere. It was painstaking and my excellent gaffer, Tim O Connell, spent his days meticulously hiding lights and making others practical. It worked very well and everybody was delighted with the results, in fact the material is being used by Nokia on their showreel (we used a Nokia OZO camera). 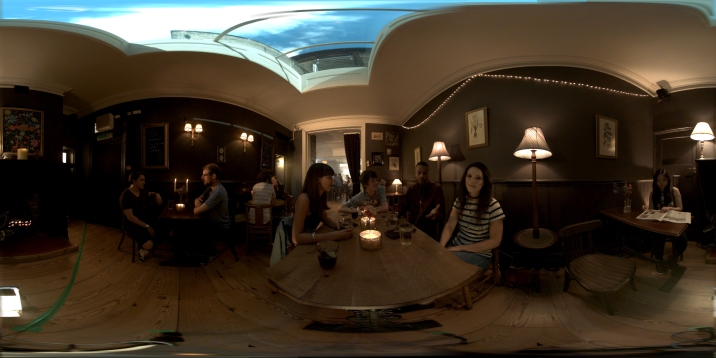 The ceiling was replaced and some haze was added in the background to add atmosphere. 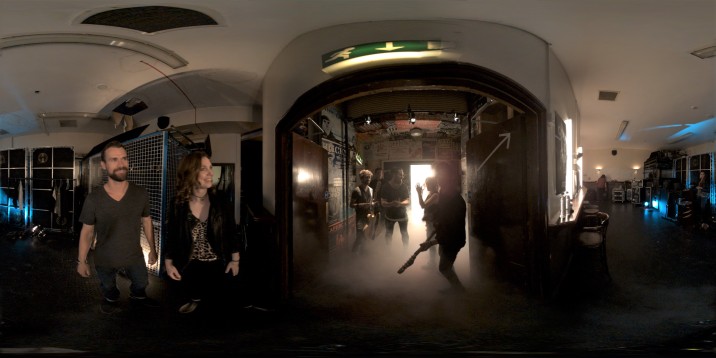 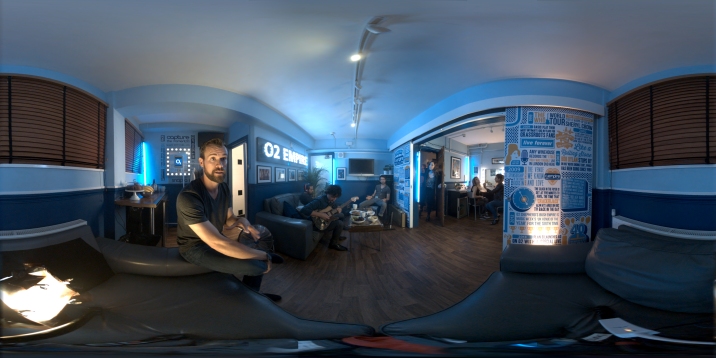 Again a very dark area. We added haze in the background, kino tubes, floor cams and lite ribbons. Keyed with a 1×1 panel

I’ve just finished another VR shoot, this time with MPC who are top of the game. I can’t talk about what this was or the end result as I had to sign one of those pesky NDA things but it cemented my understanding of what an experienced DoP can bring. Again Chris directed, you can probably sense a pattern by now, and this time it was a mixture of VR and green-screen. My favoured way of working now is to have a team who deal with all the camera aspect including set up, syncing, playback and media organisation (the DIT on these jobs needs to be very much on the ball). These are enormously complex setups and to have a team dedicated to this means that I am free to concentrate on the details of the image – in much the same way I would with a commercial or a drama. And this I think is one of the main areas of my responsibility – keeping the stress of making the technology work away from the director whilst having time to still discuss the shot development, lighting and cast placement.

It’s a lot of stuff that all has to work! 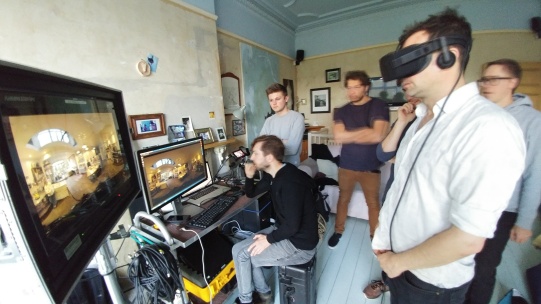 To monitor VR live is a struggle and this was a particularly good solution. Director,Chris Vincz, in the goggles

On this shoot  we tested for a couple of days to find the best rigs and camera settings  as there was a range of environments that we needed to capture, finally settling on a 5 x ‘Z Cam’ rig for smaller spaces and a 5 x A7Sii rig for the larger spaces. After testing I said to Chris that I realised my job was to make sure we weren’t just getting the pictures we needed but that we were getting them in the highest quality possible. He replied, “yes, and to make it look nice” and that is the crux. If you are having to deal with the camera build and the monitoring system you just don’t have enough time to concentrate on finessing the detail in the shot. The crew we had on this shoot were excellent and extremely experienced in VR. They work as DoPs in VR constantly but the advantage of bringing in someone like me, who is from a different arena,  is that I can bring the experience of that arena with me, as well as being able to focus on all the things that can get lost due to restrictions of time on the day. I think it’s a win win for everyone – apart from maybe the accountant!